“When you buy a Buluuy Mirrii garment, you are buying much more than a piece of clothing…

Each piece carries a unique story and spirit”.

The unique Honey Ant Collection was created by Colleen Tighe Johnson. A proud Gomeroi woman.
As a Gomeroi fashion designer, Colleen uses her talents to harness the spirit of her ancestors and revive Gomeroi Dreaming Stories through each design. Her label, Buluuy Mirrii (Black Star in her Gamilaraay language) has been featured on international runways around the world.

The label celebrates a range of Aboriginal talents.  Commissioned Gomeroi artworks are transformed into fabric patterns by a Gomeroi graphic designer, printed on luxury fabrics and sewn into one-off garments. Buluuy Mirrii promotes and revives important aspects of Gomeroi culture in each runway show, allowing the international fashion audience to learn some of Gomeroi cultural richness through specially recorded soundtracks and voice overs which tell the stories behind each garments. 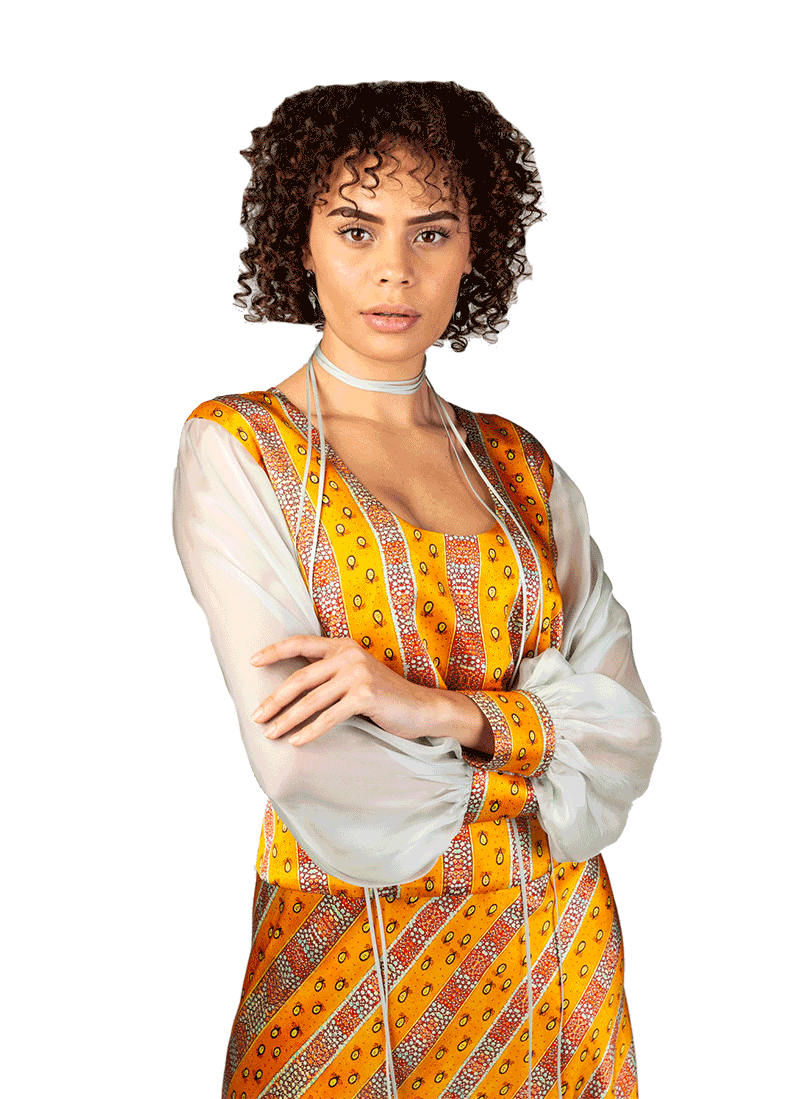 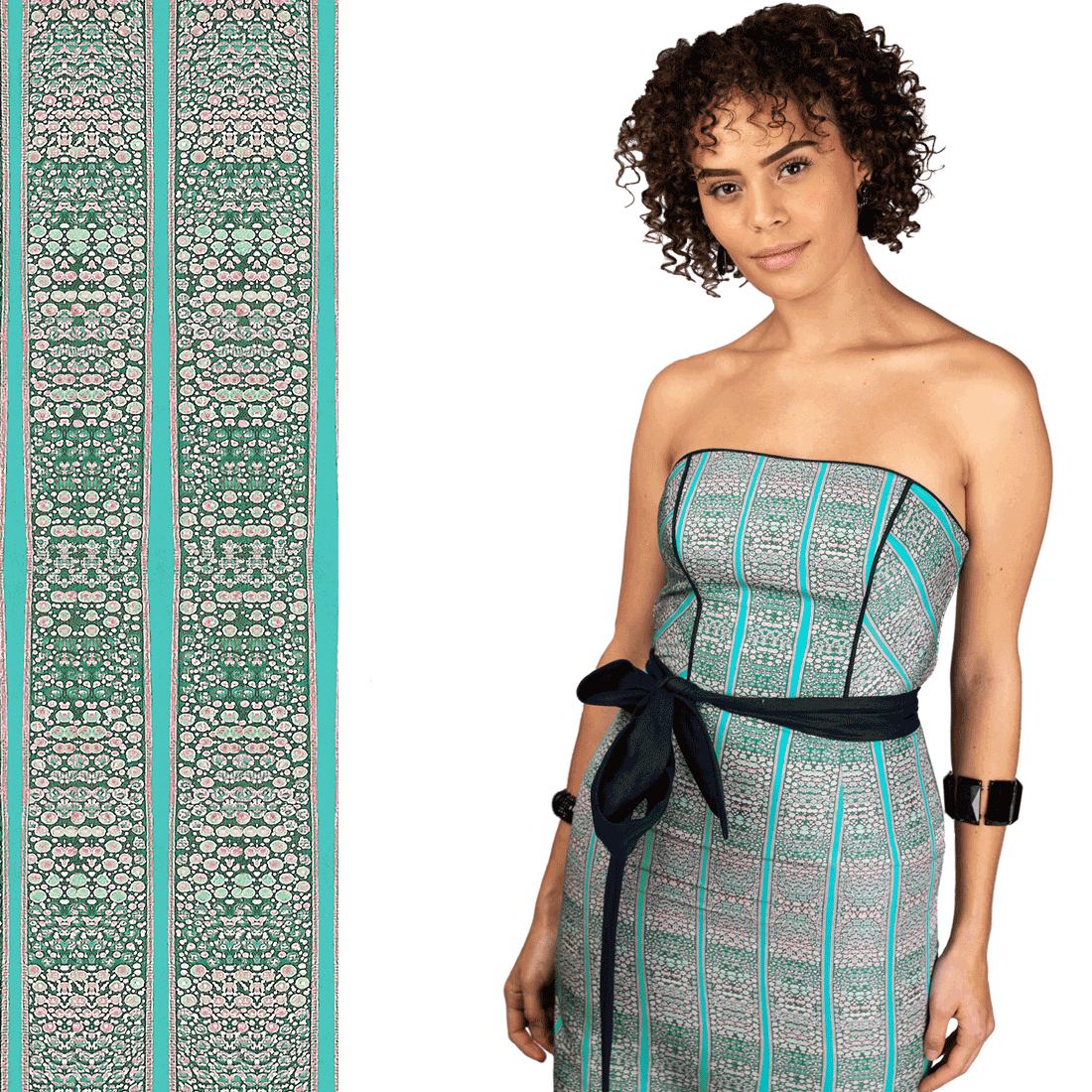 My Honey Ant Collection tells the story,
of the Queen Honey Ant.
She is everything to her colony,
without her their is no life.
Our Honey Ants carry honey sacks to feed the
weaker ants that fall away, nurturing them
back into the colony.
The story of the Honey Ant mirrors the
matriarch within our tribe, nurturing and
teaching her people until it is time for them
to transition into the next stage of life.

Exclusive Style
For Men and Women 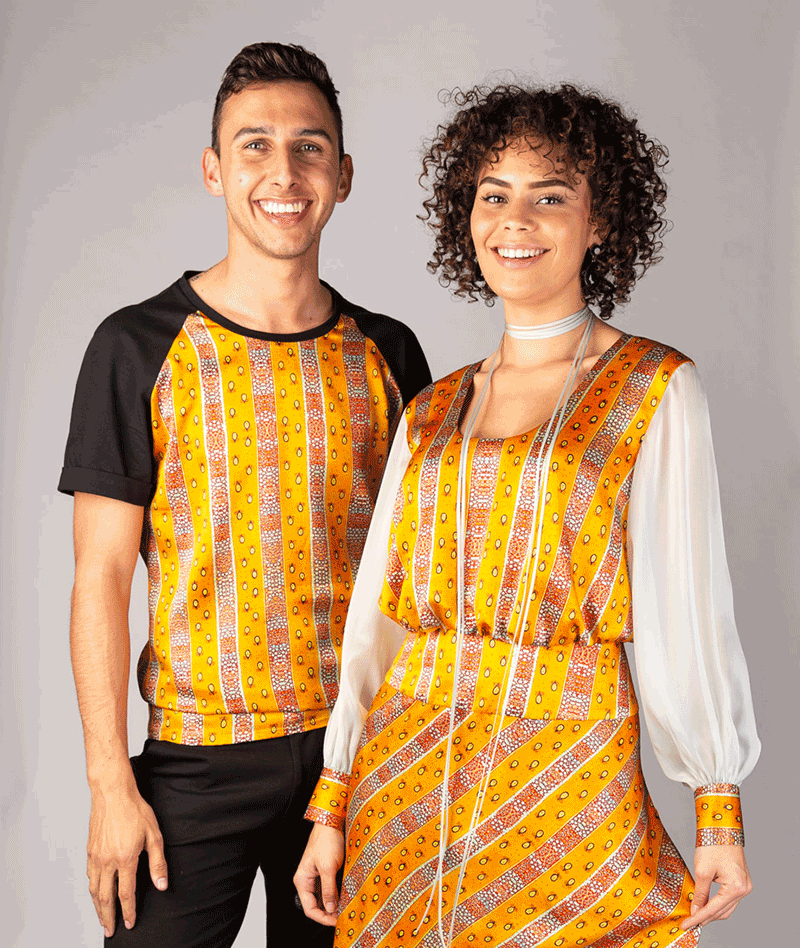 Our new Honey Ant collection has something for everyone. 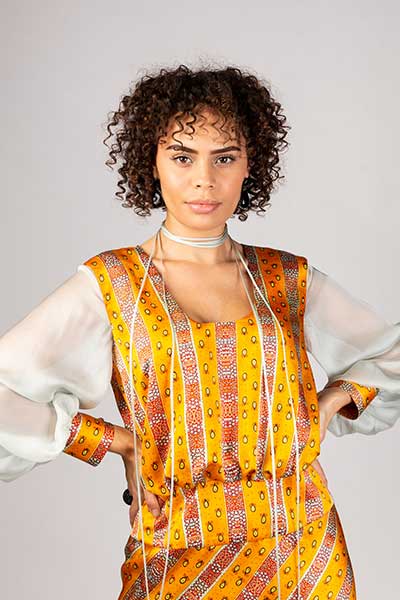 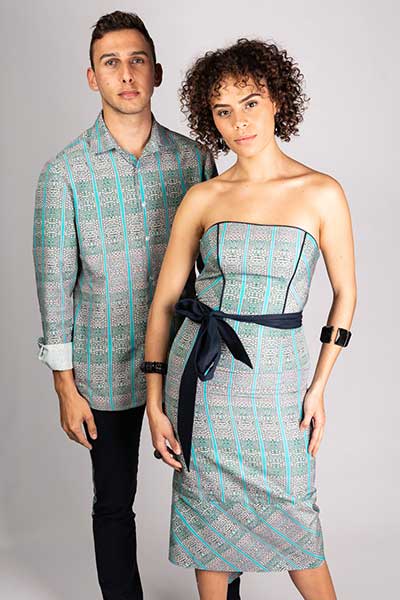 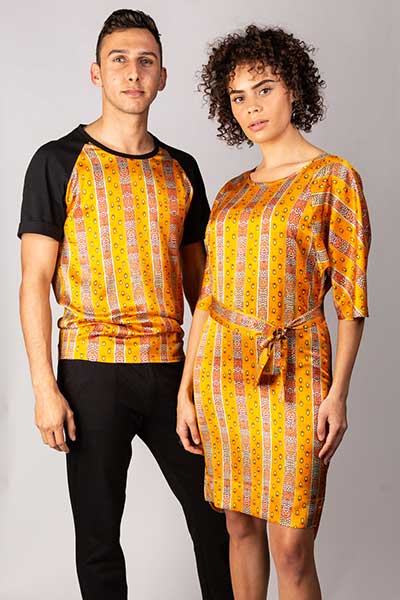 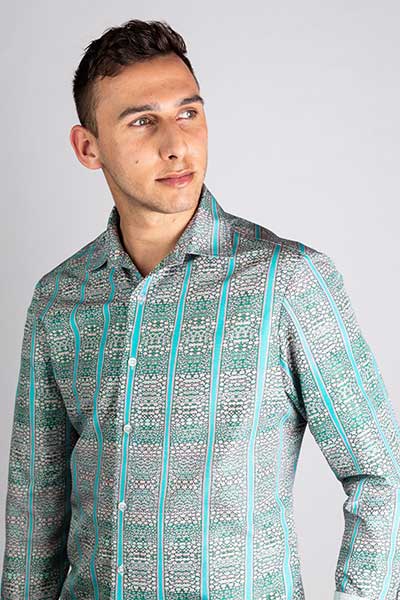 Shirts and pants for the men